Debut Race Win for the 2021 KX250 with Courtney Duncan

Debut Race Win for the 2021 KX250 with Courtney Duncan photo 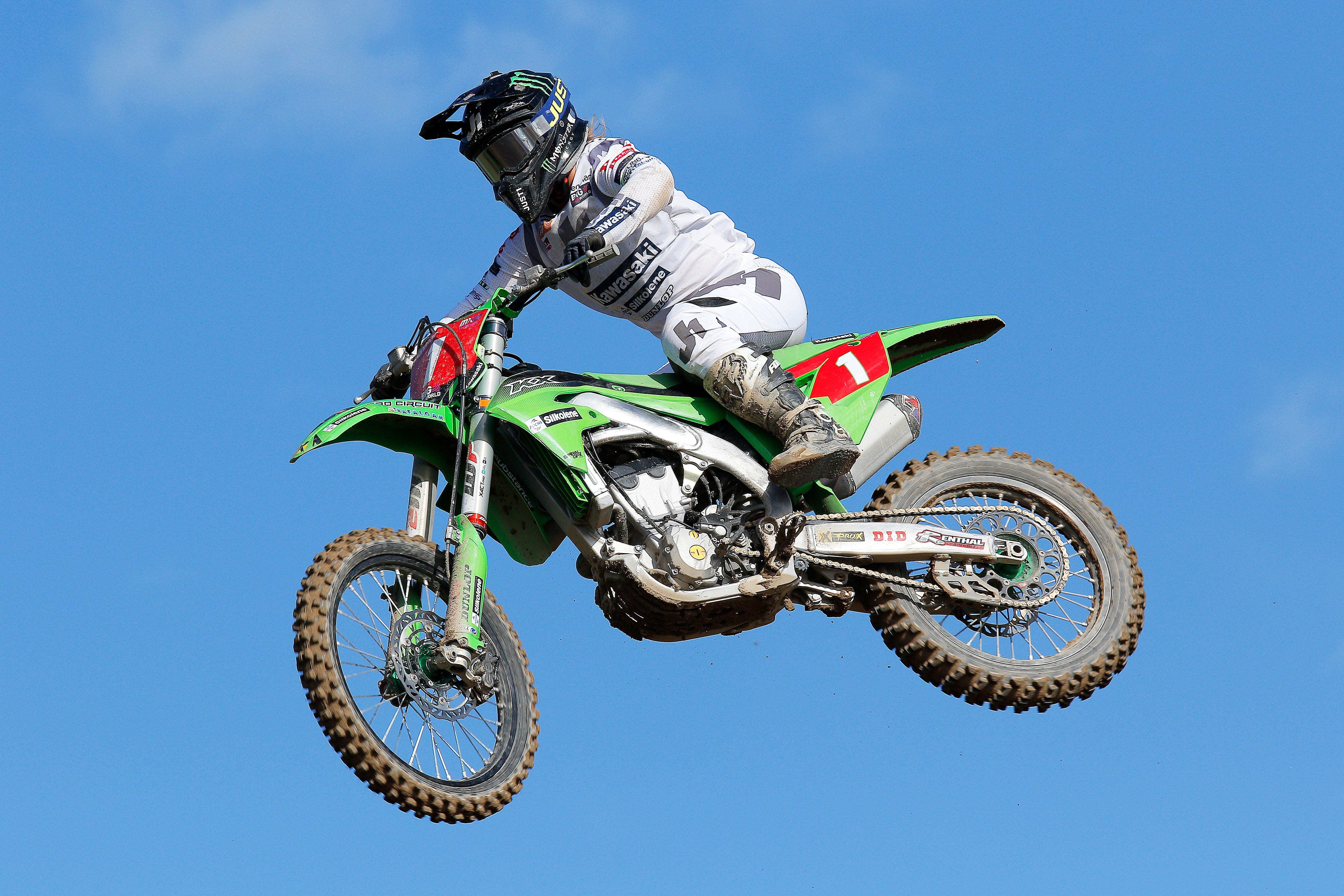 Courtney Duncan gave the 2021 KX250 Kawasaki a winning debut in the opening moto at Mantova before a race two crash saw her surrender the points lead in the FIM World WMX Motocross Championship.

The DRT Kawasaki girl from New Zealand, debuting a 2021 KX250 straight out of the crate bar an after-market pipe, was content with second fastest lap time during morning Qualifying for her first race since March but when the gate dropped for the opening moto at the loose-surfaced track on the outskirts of the famous north Italian town of Mantova she immediately took command. Cleverly escaping a potentially nasty moment at turn two as another girl fell directly next to her Courtney immediately set her sights on the leader and already swept past into first place halfway round the opening lap. After two laps she already led by eleven seconds and, consistently recording lap times several seconds faster than the opposition, extended that advantage to nearly half a minute at one stage; despite stalling the motor in a banked turn four laps from the close she was quickly underway again thanks to the E-starter fitted to the 2021 model to cruise to victory by sixteen seconds. Sixth through the awkward opening turn in race two the Kiwi girl advanced to fourth within two corners and was already second at the completion of the lap; halving her deficit to the leader through the next two laps she then crashed dramatically and, although not injured, could not continue as the handlebars had been broken on impact with the ground during the incident. The pointless moto means that she has been relegated to fourth in the championship standings but there remain two rounds and four motos for her to pull back the fourteen point deficit to the new leader in the defense of her world title.

Courtney Duncan: " I started the day pretty good in the first race; I made a quick pass for the lead and soon built up a good lead. I felt solid and comfortable and did what I needed to do to win. Moto two I felt like I was going to have another good race but just like a click of the fingers I was on the ground, had a big crash and was out of the race. It's obviously frustrating but there's no point in dwelling on it; that's just wasted energy. Sometimes things like this happen but you can either hide away from it or you can stand up and make it happen and I'm going to be here to win on Tuesday and fight right down to the end to keep my title. It wasn't difficult to stay motivated when I was back home in New Zealand; I simply love riding my bike and continued to have fun, putting in the laps just like when I was a kid. There was obviously a lot of uncertainty with the schedule constantly changing but as soon as we had it confirmed that this was going to happen I was ready for it. The 2021 is really nice; I've had a couple of weeks on it and Kawasaki have made a lot of changes even further in the right direction so let's put Kawasaki back on the top step on Tuesday."
Subscription Preferences
Opens in a new Window.