The AMA National Grand Prix Championship went to 29 Palms for the first of two rounds being held at the venue in the season's run-in. There's one thing that the 29 Palms racecourse offers in abundance: speed. Easily the fastest course on the circuit, racers spend most of their time in third-through-fifth gear. The high speeds can make it difficult to pass, so getting a good start would be crucial. JP entered the weekend aiming to close some ground in the championship. Meanwhile, Clay had his sights set on getting inside the top-five. 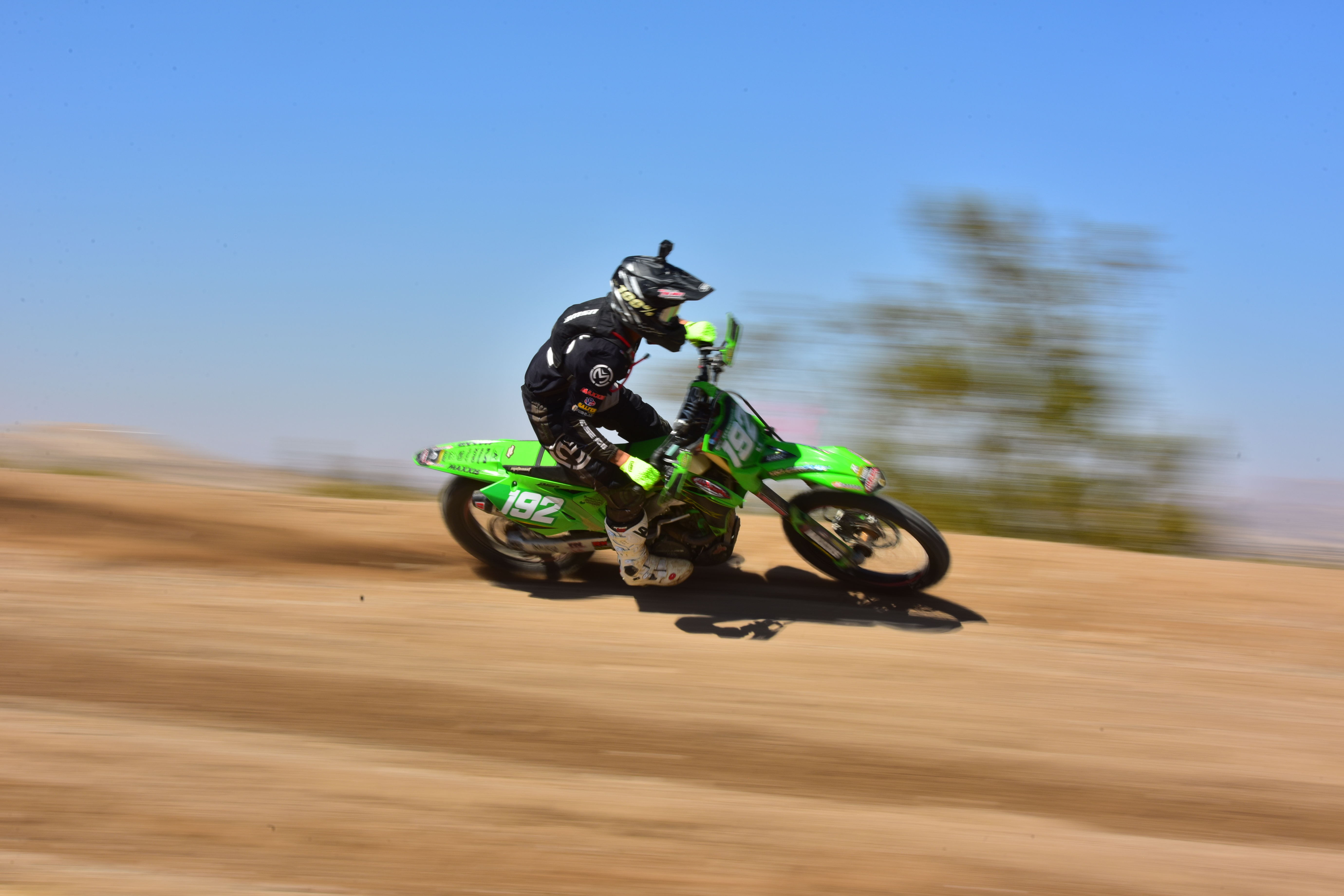 At the start of the Pro 2 main event, JP got off to a great jump. He entered the first corner in second, just behind his teammate Clay Hengeveld. Alvarez was quick to make the move into the lead and he set sail from there. The Kawasaki rider opened up around a thirty-second lead over the initial laps. From there, he controlled the race from the front, maintaining his lead as he worked through the Open Pro's that started on the first row. JP held strong through the pit stop rotation and crossed the checkered flag to take an impressive win.

"I felt really good today. Right off the start, Clay and I were one-two. I was able to get into the lead through the second corner: he went high and I went low, cutting down. From there, I was able to check out. I pulled out to about a thirty-second lead and just rode my own race the whole time. It felt really good to control the race from the front. This was my first time leading a whole race. [Catching some of the Open Pro's] was pretty cool. It pushed me because I had to carry my speed a little longer to get by them. They obviously pulled me down the straights, but I was able to really focus on my corner speed. Looking ahead to Primm NGPC, I like that place. It's kind of similar to 29 Palms. Not quite as fast, but a little rougher. So, I'm looking forward to it." 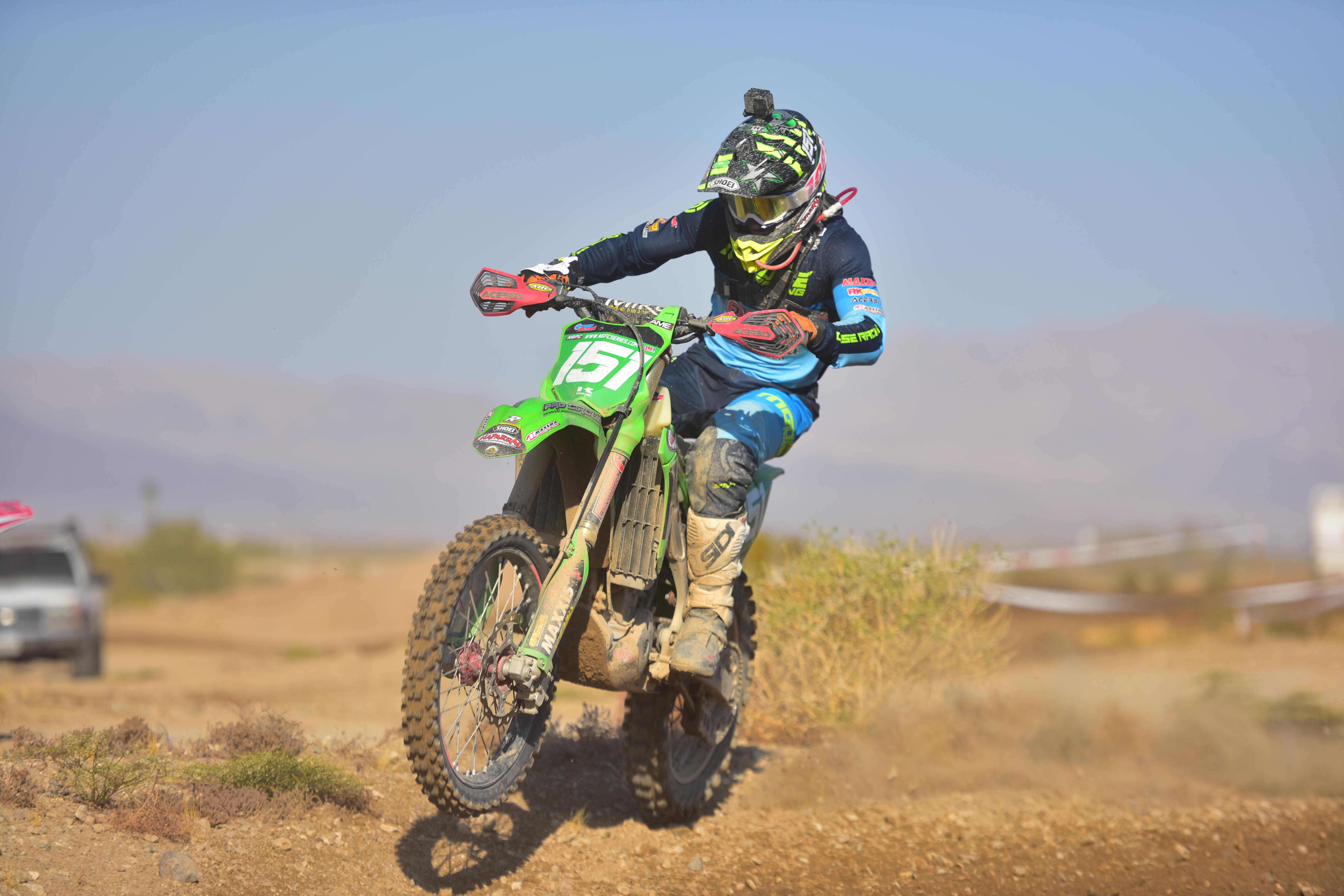 Clay's KX250 rocketed off the start line and entered the first corner with the lead. After being overtaken by his teammate through the second corner, Hengeveld pushed to retaliate. Unfortunately, just a few corners in, Clay tried to cut a little too low in a turn. His front end washed and he fell to the ground. Hengeveld picked his bike up in dead last and got to work moving back up through the field. Over the first few laps, Clay worked his way inside the top-ten. From there, he showed good pace, advancing up to sixth just before the pit stop rotation. Unfortunately, within sight of the pits, Clay's bike came to an abrupt stop as he'd run out of gas. He pushed his bike as quickly as possible into the pits to get assistance. The team refueled his KX250 and Clay got back on course, falling back outside the top-ten in the mishap. He was able to pick up one position up before the finish, salvaging eleventh place on the day.

"This is one of my favorite places to ride, so I was really looking forward to the weekend. Saturday, in the 250 AA, I got off to a good start. I was able to get the win, so that was a big confidence boost for me. I wanted to keep that momentum rolling into Pro 2 and got started with a holeshot. Jake and I were battling through the first couple corners and I was just behind him. Then, a few corners later, I slid out. I picked myself up and then unfortunately ran out of gas. But I got back on track and finished strong. So, I'm pretty happy with that. This weekend was just a huge confidence booster for me with how I felt. I'm just looking forward to keeping this momentum and building off it heading into Primm."