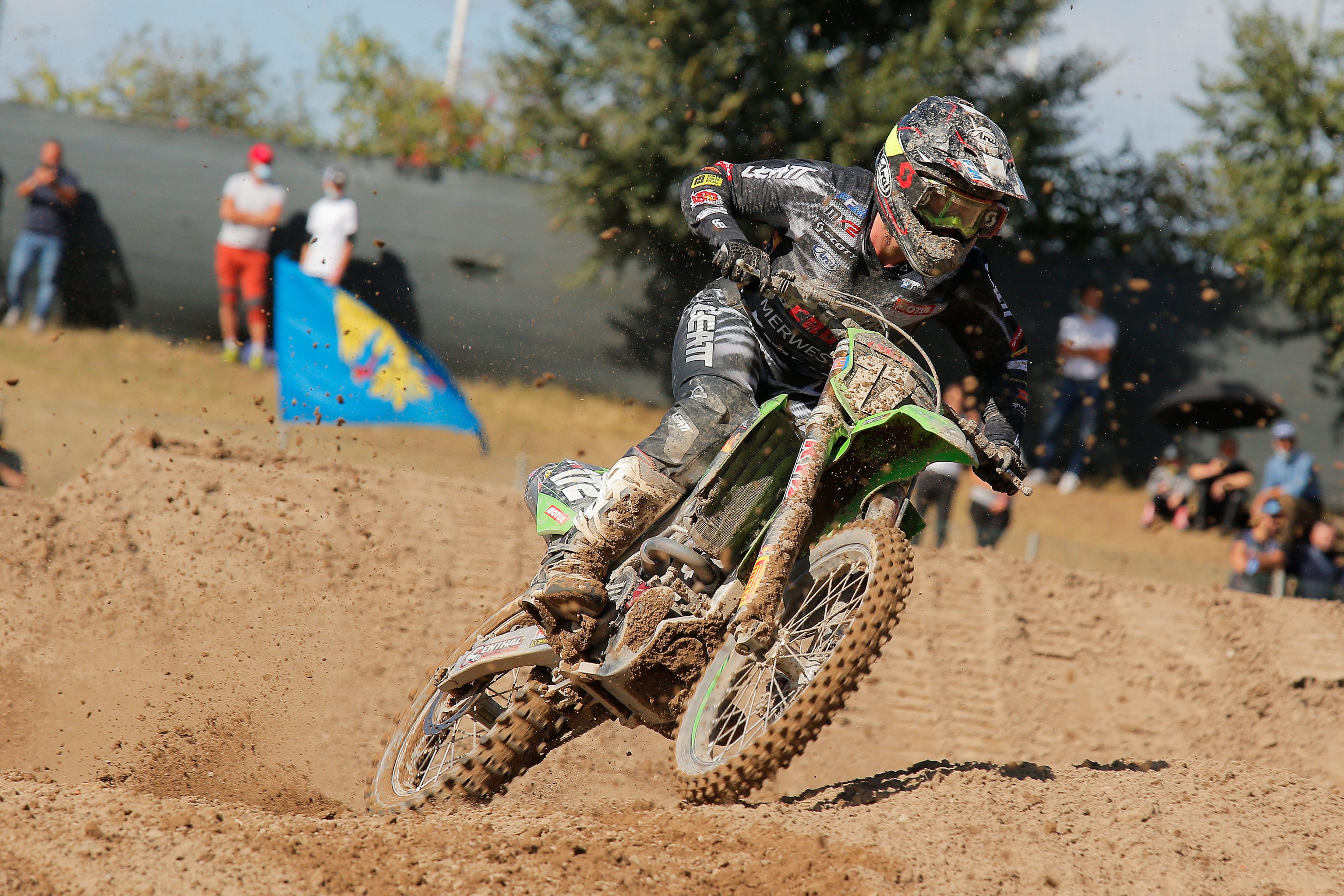 Mathys Boisrame of the F&H Kawasaki MX2 Racing Team finished tenth in the eleventh round of the FIM World MX2 Motocross Championship at Mantova in northern Italy.

The French rider, unable to train between races since a crash in Latvia last month, earned ninth choice of start gate during the morning and rode two solid races to finish the day tenth overall. Tenth throughout the first half of race one, he lost one position mid-moto to finish eleventh as he concentrated on riding a constant pace he could maintain to the finish. He soon moved forward from fourteenth to twelfth in race two but goggle damage forced him to stop for a fresh pair as slight drizzle fell and he rejoined the race again fourteenth; by the finish he had again advanced to twelfth. He remains ninth in the championship points standings.

Mathys Boisrame: "It was another difficult day for me, as I have had to stay quiet fort he last couple of weeks after my crash in Latvia so I'm not fit physically. There were three races within one week so there was no time to recover between them; the schedule would be tough even if you are fit! Today I scored an eleventh and a twelfth position; it's a decent result and I did my best but it's not really what I expect. Let's hope that I can recover this week and be in better condition for the next GP."

Roan van de Moosdijk had an unfortunate GP after qualifying second. Rammed from behind at turn two of the first race he quickly recovered from outside the top twenty to thirteenth before bike damage forced his retirement. After holding down fourth place for more than half of the second moto the Dutch youngster eventually finished seventh following a fall three laps from the close. He is now sixth in the series points standings.

Roan van de Moosdijk: "I'm a little disappointed after we did so well on Wednesday and took second place in Qualifying, but that's racing. The first moto I crashed in the second corner and was last; in three laps I was almost in the top ten but we had a problem. I was good in the start of race two but I had no rhythm because I didn't ride the first moto; I was feeling better in the middle of the race but then I made a small mistake and crashed. But today is behind us and now we focus on the next race. "

Mikkel Haarup, the third member of the F&H team, was absent; the Danish teenager injured a thumb when he was involved in a collision at the start of the previous race on Wednesday: "They took some x-rays and saw a dislocation and a fracture on my thumb, so I have to sit out a few weeks. "
Subscription Preferences
Opens in a new Window.