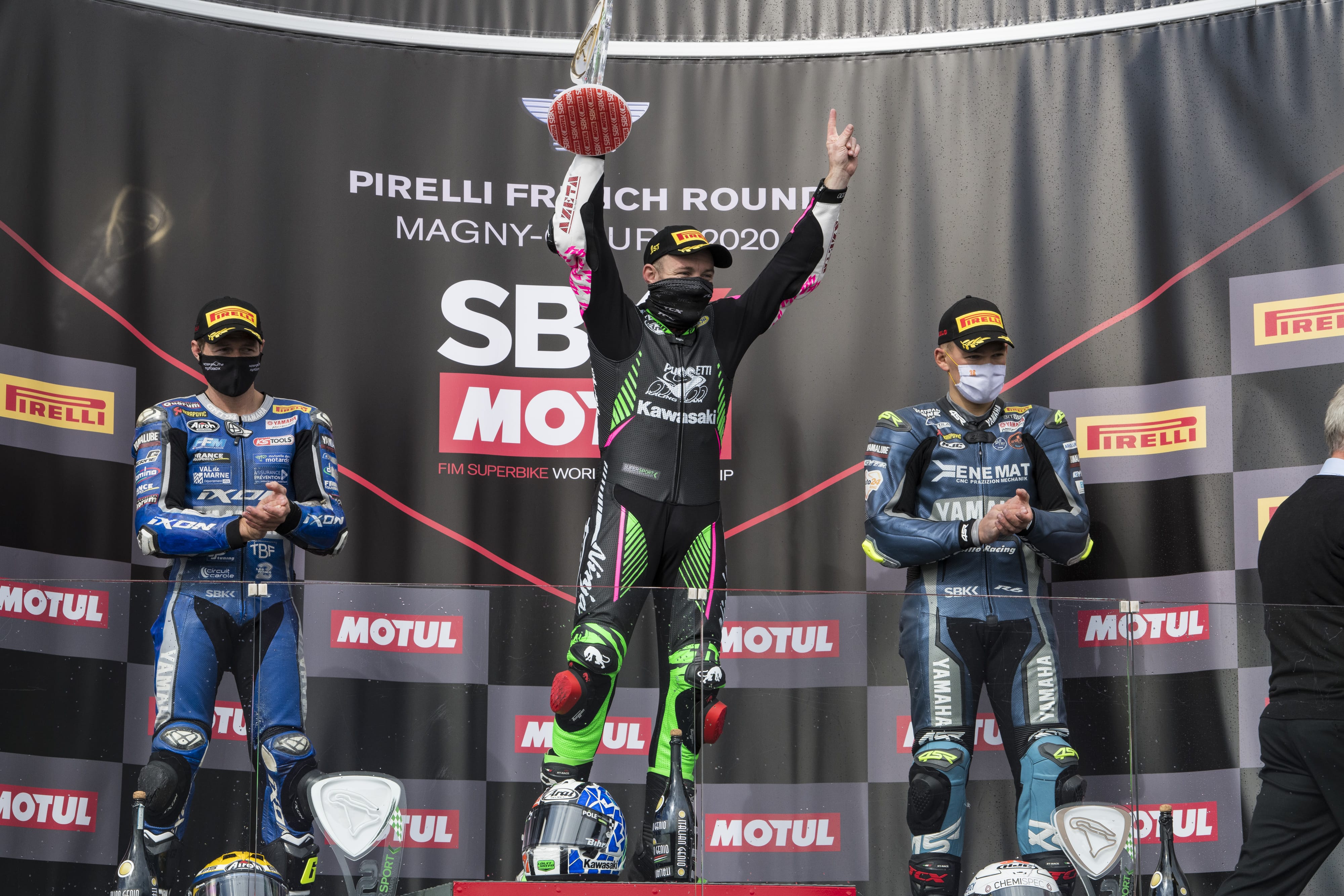 New World Champion and Saturday race winner Andrea Locatelli crashed on the warm-up lap, allowing Lucas to dictate the pace up front for all 18 laps of race two. He consolidated his overall second in the championship table, no matter what happens in the final round.

Lucas has now won eight races in his WorldSSP career and taken 28 podiums.

Öttl had a better feel from his bike and tire package in today's race and after one of his rivals for third place in the championship fell, he opted to bring home points rather than risk a crash in a contest where only 14 of the 24 riders who started made it to the finish line.

With just one round to go in the short WorldSSP season Lucas broke through the 200 points barrier and has now scored 204 points. Philipp remains fourth overall with 131 and 16 more points to make up to finish third in the final championship rankings in his rookie season.

The eighth and last round will take place at Estoril in Portugal, with race days on October 17-18.

Lucas Mahias, stated: "All year I have been running after this victory so to win it at my home race is incredible – same as last year. I was not really confident at the beginning because the bike set-up was not perfect and it was raining heavily again. I pushed directly in the beginning to keep my tires at a good temperature. When I saw the gap to the riders behind I kept pushing. The last eight laps were very long because I tried to manage the gap and my tires were starting to cool down, so it was difficult. In my head I was saying, should I be pushing, not pushing? Finally it was very good for Kawasaki, the team, the French fans and me. The weather has been not very nice but we have fans at the track and this is very good for French motorcycling."

Philipp Öttl, stated: "Today was an important race. I had a good feeling but when one of my rivals crashed I saved my points as it makes no sense to crash also. I was already P8 and it was a little bit tricky out there. I am still trying to finish third overall and I think it was the right decision. I had a good feeling but I cannot say exactly why and we can find a better solution in the wet. I do not know these tires so well in wet conditions, but we learned a lot and we need to look at some things to make sure that in the next rainy race or practice session we can be a little bit more competitive."

Young Spanish rider Manuel Gonzalez (Kawasaki ParkinGO Team) finished sixth today and is now seventh overall. Can Öncü (Turkish Puccetti Racing) again moved forward quickly in the wet conditions and was looking set for a clear podium finish of third, until he fell with three laps to go, restarting to finish seventh. He is 12th in the championship now.