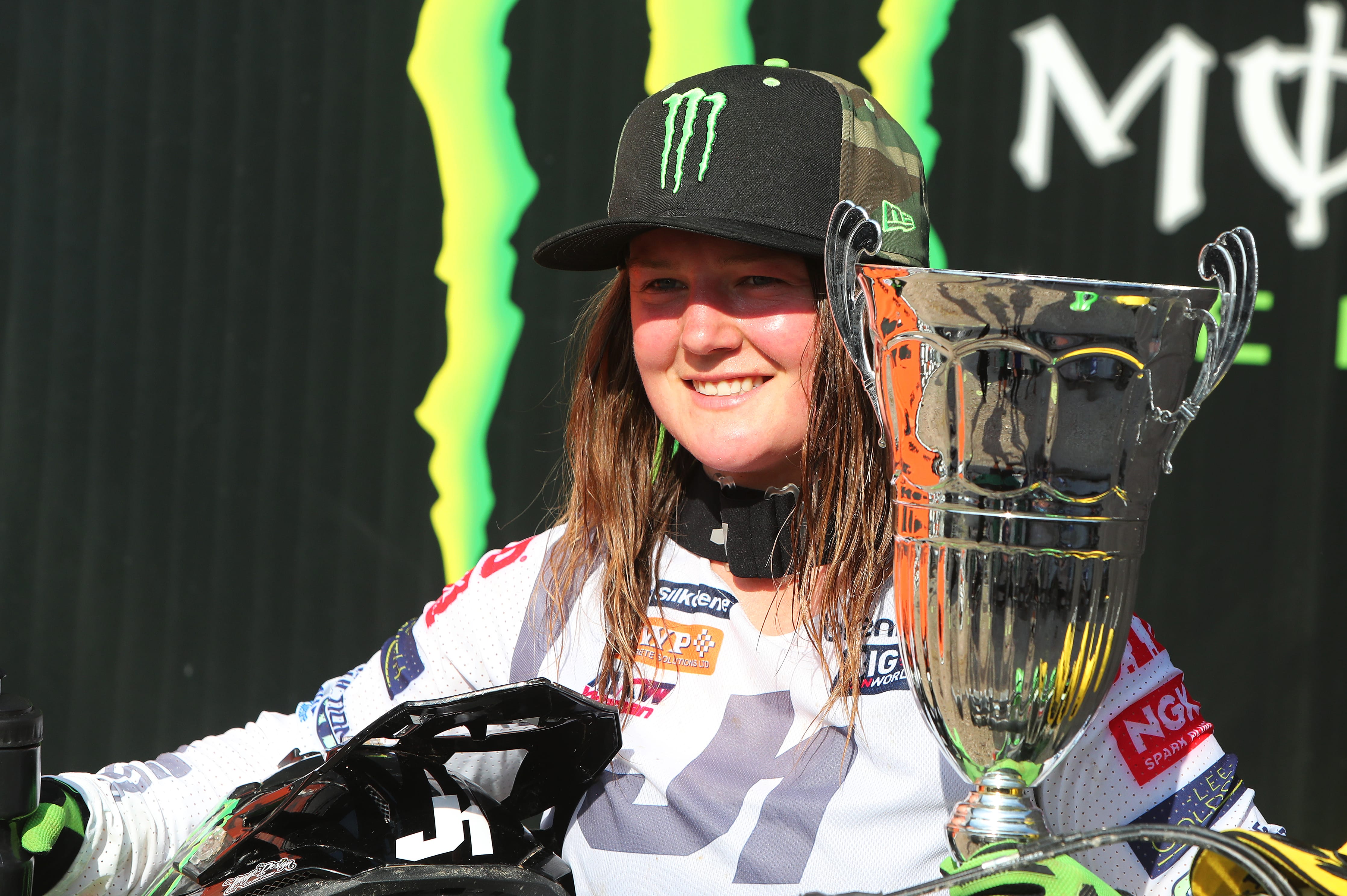 DRT Kawasaki's Courtney Duncan took the 2021 KX250 to her 13th career GP win to head to the final round of the FIM World WMX Women's Motocross Championship next month just four points off the pace.

The Kiwi girl had surrendered the championship lead after a massive crash in the previous round at the same Mantova venue in northern Italy last Saturday but bounced back with a vengeance in today's penultimate round of the series. Overtaking proved exceedingly difficult on a well-graded track in the opening moto, indeed Duncan was the only one of the championship title contenders to improve her position during the race as she advanced to finish second from a fourth-placed start. Still ten points shy of the series points leader after the first moto Duncan was aware how vital the start would prove in race two and the perfect combination of the strong-willed defending champion and the unrivaled performance of the 2021 KX250 Kawasaki saw her storm through the first turn a bike's length ahead of the pack to lead all the way. Resisting a crude attack from one of her main rivals at turn three Courtney immediately put down the hammer to lead by four seconds at the completion of the opening lap; carefully defending this advantage during the first half of the race she then put the result beyond any doubt, and showed admirably the potential of the new Green machine, during the second half to win the moto by nineteen seconds and claim overall victory on the day. She now trails the series leader by just four points prior to the final round of the series in the Trentino region of Italy on the thirtieth of October and has her destiny in her own hands.

Courtney Duncan: "It was an unbelievable day. I'm so proud of the way the whole team were able to put that big crash on Saturday behind us, focus and regroup. We changed a few things after the first moto and my 2021 hooked up real good out of the gate in race two. I rode an aggressive first lap; that was important for me to be able to ride my own race and close the points gap. We're back standing on the top step of the podium and - most important - to close the points gap. We don't have too many races so it was vital to go out there and bank those points today. I'll stay in England until the last race; I didn't have too much time yet on the 2021, so we can improve even more there. I'm excited for Arco – bring it on!"

Hving sat out the previous round to contest, and win, a round of the French championship Amandine Verstappen gated sixth and moved forward to fifth halfway through the first moto in a solid return to GP action for BUD Racing Kawasaki. Advancing from outside the top twenty in race two the Belgian girl raced wheel-to-wheel with the previous series leader for several laps before eventually taking the checkered flag ninth to claim seventh on the day.

Amandine Verstappen: "I raced and won a French championship round in Fublaines on Sunday and we came straight from there to Mantova for this race so there was not so much time to rest; I was pretty tired as Fublaines was a muddy race but I was happy to be back at the GPs! My first race was good with a fifth, but my second start was bad; I was outside the top twenty and it's very difficult to pass here. I spent most of the race fighting with Papenmeier; I posted good lap times but I need to work on my starts as there's still one round remaining in both the French and the world championships."
Subscription Preferences
Opens in a new Window.