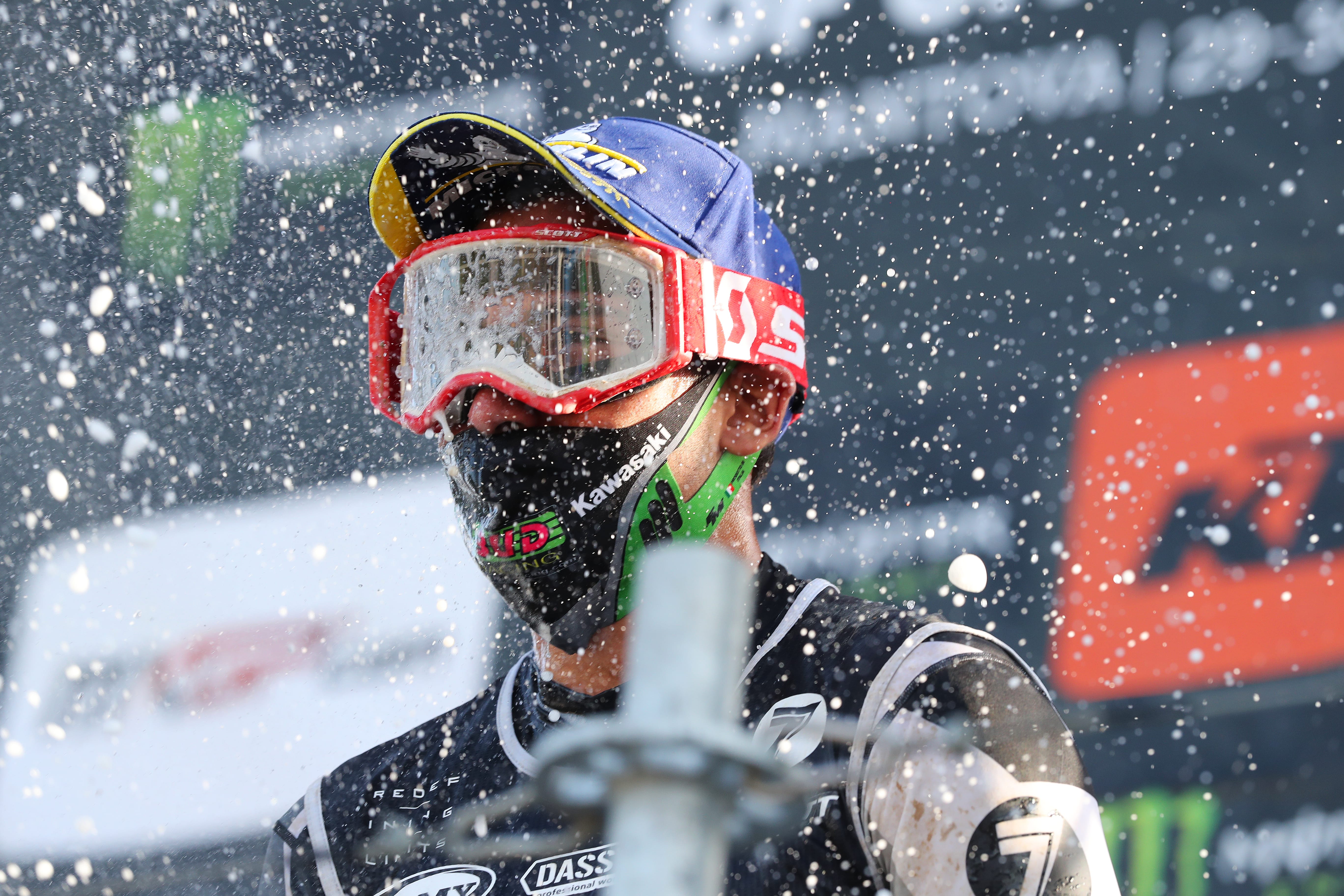 BUD Racing Kawasaki's Lorenzo Locurcio claimed his first podium in the FIM European EMX250 Motocross Championship with two stunning rides through the pack in the second of three rounds at Mantova.

The Venezuelan recorded his best result in Qualifying since arriving in Europe by posting third fastest time in his group in this, the second of three rounds in eight days at the switchback arena on the outskirts of the ancient Italian town. Both twenty-five-minute-plus-two-lap moto followed a similar pattern with Locurcio putting in two scintillating rides through the pack after he was hampered at the first turn each time by other riders falling in his path. Nineteenth at the first split on the opening lap of race one the tall stocky South American advanced into the top ten by lap three and, slingshot ting out of the turns with tremendous pace, was the fastest man on the track throughout each of the last six laps to clinch fifth place at the checkered flag. Race two followed a similar pattern as he stormed from an initial twentieth to reach the top five after ten minutes and three laps from the end dived inside the rider previously in third to secure that position in both moto and the overall classification on the day. Despite not joining the championship until after the opening round he has now advanced to ninth in the series standings.

Lorenzo Locurcio: "I felt great since this morning with my best qualifying and two strong motos. Both races I had people crashing in front of me on the start and me hitting them so I had to come a long way through the pack. The track was good; it was really rough with lots of square edges so I could play a lot of the techniques I've been practicing and it paid off. I never gave up and was racing all the way to the checkered flag each moto to make those late passes which gave me this first podium; it really gave me the chills seeing my Venezuelan flag up there! My thanks to BUD Racing and Kawasaki for giving me the opportunity to race the series. "

Pierre Goupillon was hampered even more than his teammate at the start of the first race as he was involved in a massive crash at the second corner and was almost last when he was able to rejoin the race. Despite discomfort from a recurrent knee injury he persevered to finish sixteenth and had better fortune at the start of race two to start just outside the top ten; moving to seventh by lap two and taking over his eventual sixth place on the fifth of fourteen laps he ended the day tenth overall.

Pierre Goupillon: « It was a decent day but for sure it could have been better as in both races I struggled with a broken meniscus; it's not a fresh injury, but today a piece of bone moved and it was very painful. The first moto was tough for me as I got caught up in a pile-up at the second corner; I came back from nearly last to sixteenth. I was more happy with the second race as I didn't make any mistakes and found a good rhythm all race long to finish sixth despite the pain with the knee."

The series continues on Saturday with another round at Mantova.
Subscription Preferences
Opens in a new Window.