Fifth For Lorenzo Locurcio In Italy 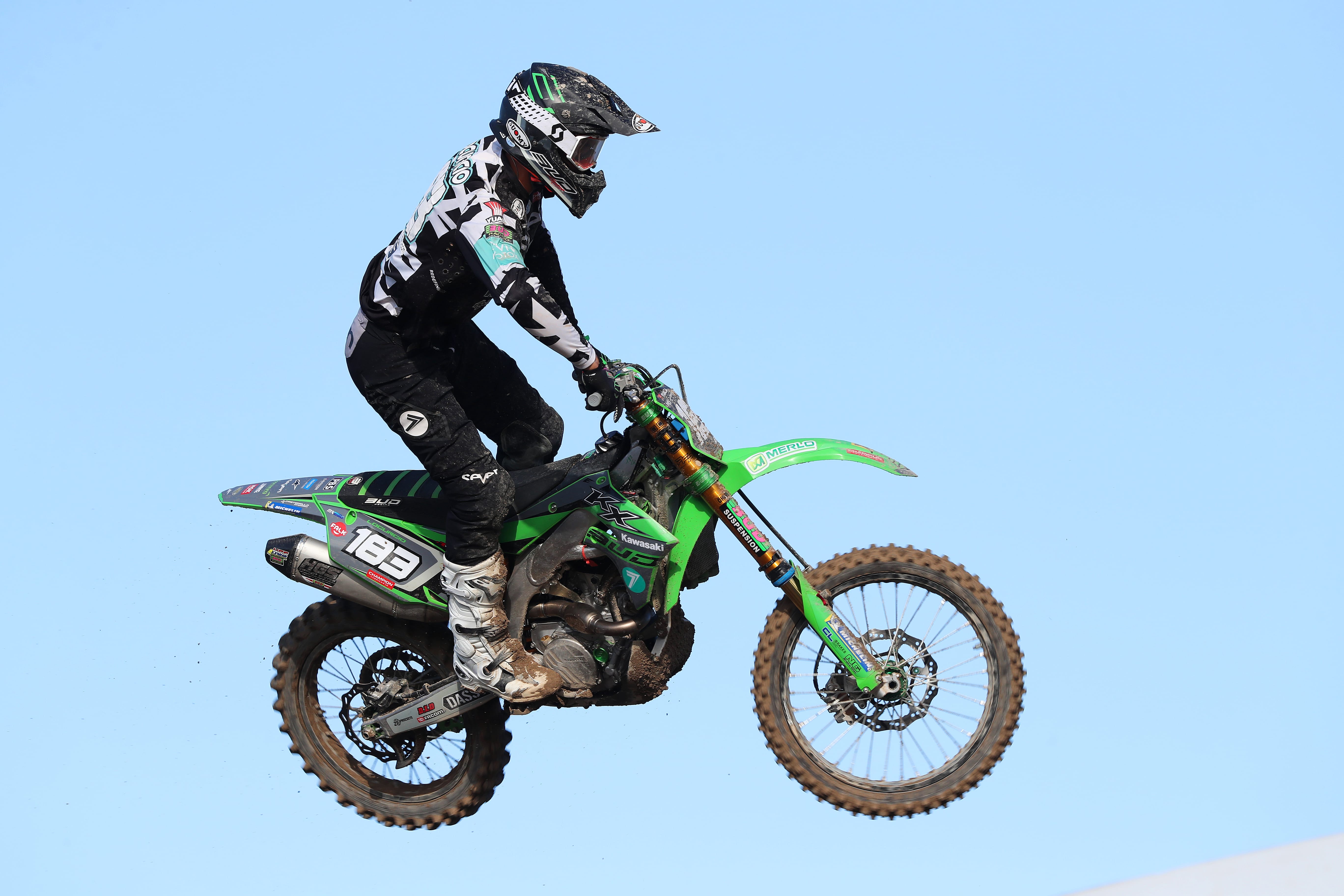 The Venezuelan found himself way downfield on the opening lap of race one after a bad start but, showing tremendous tenacity, he advanced relentlessly through the forty-rider field to take the checkered flag ninth. He quickly converted a twelfth-placed start in race two into ninth by the completion of the opening lap and, setting lap times only bettered by the championship leader, continued to make decisive moves to finish the moto fifth, equaling his best result in the series to date, for seventh overall. Despite missing the opening round of the series he has already advanced to twelfth in the series standings and is just nine points shy of ninth.

Lorenzo Locurcio: „I thought the track was going to be a little more hard-pack but it's kind of like Latvia. I got such a bad start in race one but I came through to ninth, then in the second race my start was better and I got fifth even though it was not an easy track to pass on if you got off the main line. I know a top three result is there within reach with a better start so I can't wait for Tuesday. "

An opening lap incident pushed teammate Pierre Goupillon out of the points-scoring positions in thirty-fourth after a ninth-place start but the French youngster put his head down to recover to nineteenth by the finish. Another troublesome first lap in race two saw him thirty-fifth initially but he was into the top twenty after ten minutes and kept pushing to advance to thirteenth at the close.
Subscription Preferences
Opens in a new Window.