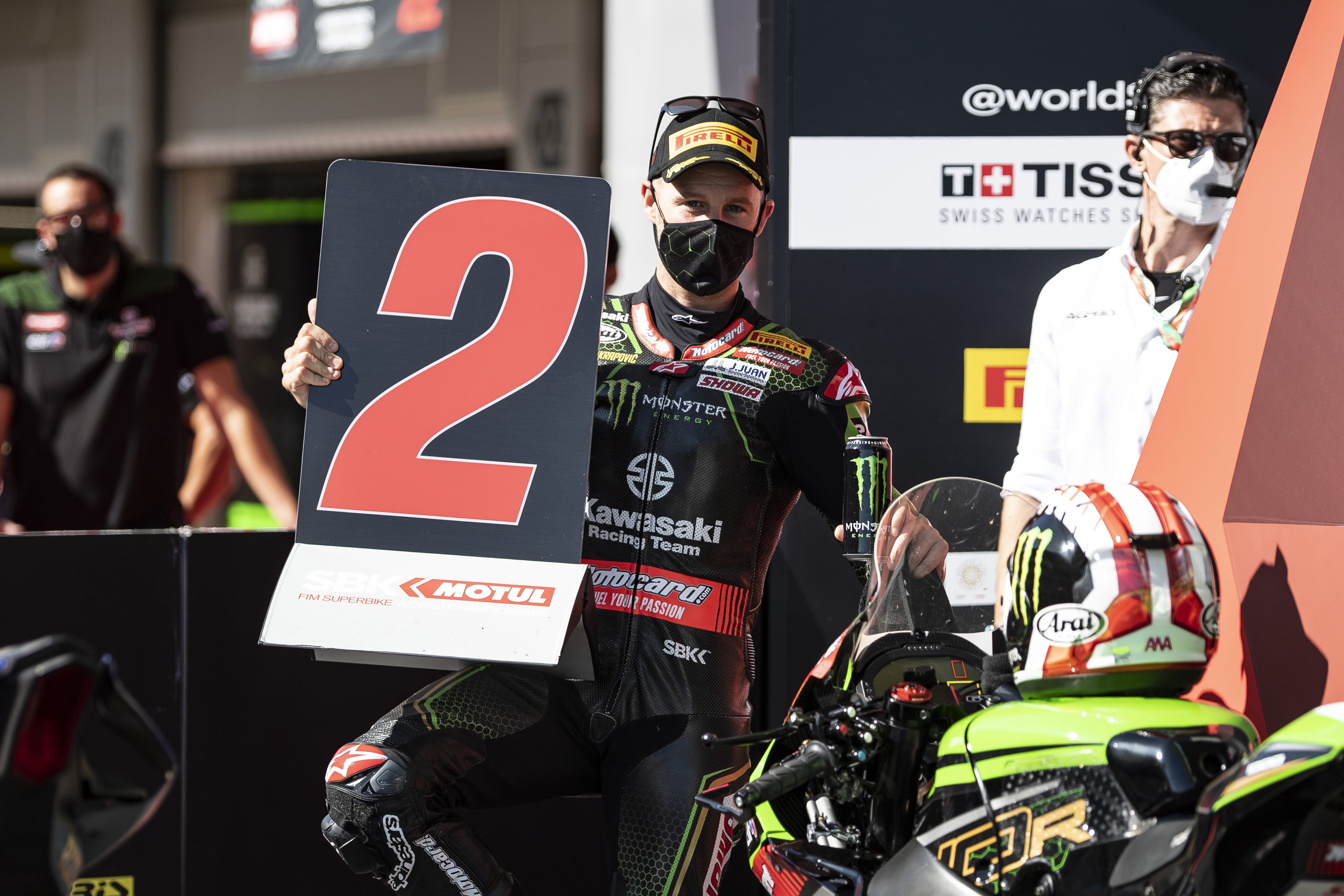 Jonathan Rea (KRT) improved his points advantage in the overall championship standings after scoring a second and then a fourth place finish at Montmelo today. His team-mate Alex Lowes rode to seventh and eighth place Sunday race finishes at the team's home round.

In the opening ten-lap 'sprint' race Rea was involved in an early three-rider fight with eventual race winner Michael van der Mark and Alvaro Bautista. After Bautista suffered a big highside crash while Rea was right behind him, Jonathan clipped the crashing bike as he squeezed past the incident, losing time to van der Mark that he could not make up again.

With Rea's latest podium for second place in the Tissot-Superpole race, Kawasaki reached a new total of 450 podium places since the first WorldSBK season in 1988.

Lowes placed seventh in the Superpole race, and started the final race of the weekend from the third row of the grid.

In the second full race of the first ever WorldSBK Catalunya weekend, which started at the unusual time of 15.00, Rea was finally fourth after experiencing some issues. Lowes could again not find the feel he needed to compete for the podium places and he finished eighth.

Alex moved up to sixth in the championship from seventh after this weekend, while Rea secured a 51-point advantage at the top of the table with two rounds and six races to go. Rea currently has 290 points, Redding 239, race two winner Davies 188, van der Mark 178, Razgatlioglu 157 and Lowes 145.

In two weeks' time KRT will compete in the penultimate round of the 2020 season, at the French circuit of Magny Cours, between October 2 and October 4.

Jonathan Rea, stated: "In the sprint race I felt pretty good but of course in the first laps I was very, very lucky. Alvaro came past on the straight and then in T4 had a huge crash at the exit. I hit his bike and in this moment I thought I was down; was going to crash. I almost let go but miraculously I stayed upright and someone was definitely helping me out there! I had to regroup and chase Mikey but his pace was very good today so congratulations to him and his team. I just didn't have it in the final race. I felt I had some issues straight away with the front feeling, a lot of vibration in the brakes but apart from that feeling I felt good for about ten laps. The grip level started to drop and I suffered more with the front tire than yesterday. I was getting a lot of warnings. The race was very tough and aggressive in the beginning so as soon as the pace settled I was just there, and the gap was very constant but to arrive in the front group I was going to have to go over the limit and push the front too much. The target coming here was to increase our championship lead and I think we managed quite well."

Alex Lowes, stated: "Obviously this was a bit of a disappointing day for me. I gave absolutely 100% but I did not have the feeling I needed on the bike. We could not get the setting right to give me the confidence to push like we expected. It was a shame to have a difficult weekend as I had a lot of confidence after the last round, where I was feeling ill but still managed to get fifth and sixth places. We need to analyse what happened now and refocus on Magny Cours in a couple of weeks' time to get back fighting at the front. That is the target for me now."

Xavi Fores (Kawasaki Puccetti Racing) was 12th and then 15th today, to be 15th overall in the points table. Maximilian Scheib (Orelac Racing VerdNatura Kawasaki) was again a non-starter after suffering a shoulder injury on Friday. He is 19th overall. Valentin Debise (Outdo Kawasaki TPR) was unfortunate today to be taken out in a race two crash while sitting in a points scoring position.