Fourth And Fastest Lap For Romain Febvre In Italy

Fourth And Fastest Lap For Romain Febvre In Italy photo 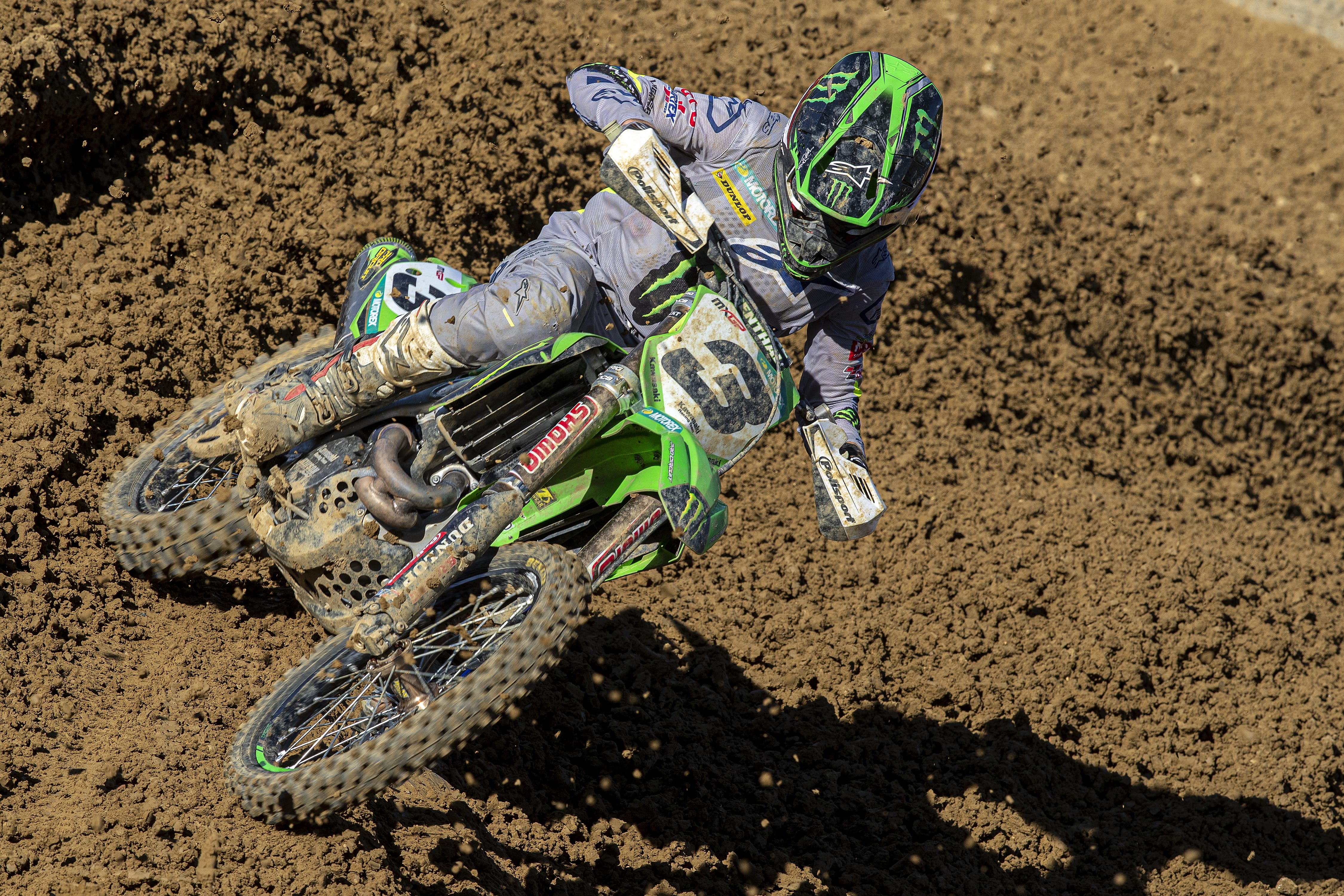 Monster Energy Kawasaki Racing Team's Romain Febvre was fourth in the sixth round of the FIM World MXGP Motocross Championship at Faenza in northern Italy after setting the fastest lap of race two.

The Frenchman used his best Qualifying of the season to earn fourth choice of gate and exit the first turn in the leading group in race one; he was looking to move forward quickly from sixth place until he momentarily lost momentum in a rutted turn on lap three when the front brake was temporarily blocked by a heavy lump of soil and he was cannoned off his bike by a following rider; re-joining the race thirteenth he rode an immaculate race with podium lap times to snatch sixth at the checkered flag with a double-pass on the very last lap. Sandwiched by other riders at the start of race two he found himself eighth at the completion of the opening lap but had already advanced to sixth within ten minutes; setting the fastest laps of the race he continued to make moves, passing the reigning world champion for fifth three laps later, before immaculately advancing to fourth place with an enthralling pass three laps from the finish. Fourth overall on the day he remains tenth in the series standings after missing the two opening rounds but can confidently expect to move further up the rankings at the upcoming races as he now trails seventh by just eighteen points.

Romain Febvre: "There's a lot of positive points today apart from my mistake in the first race when I crashed twice as my front brake was blocked in the first crash. I lost twelve seconds in that incident and then came back from thirteenth to sixth; it was a good race and it was impossible to achieve more. The second race was OK. My start wasn't as good but I gave everything and was the fastest man on track; with a better start and without my mistake a lot was possible today, but I made mistakes and just missed the podium with fourth overall."

KRT colleague Clement Desalle showed dramatic speed during the opening laps of both motos but, wracked by pain from recent injuries to his neck and back, he was inevitably unable to maintain the pace throughout long thirty-minute-plus-two-lap motos. In the opening moto he even exchanged positions with the eventual winner during the early laps before being forced to accept eleventh at the finish, whilst in the second race he made exhilarating moves on the opening lap to advance to fifth and remained seventh for more than half the race before slipping back to sixteenth. He remains ninth in the series standings.

Clément Desalle: "It was a very difficult GP for me as I injured my neck and my back after Latvia and couldn't train before this GP; I wasn't even sure I could race this weekend. This morning I didn't know what I could expect; we did a good job with our physio before and between the races. In the first race it was OK for the first ten minutes but then the pain returned and it was impossible to keep the pace. My start was not that good in the second race but I gained positions in the first few corners to come fifth. But then it was a similar story to the first race; the pain was back and I couldn't keep the rhythm. Motocross is a tough sport and we have to deal with injuries; I did my best, but it's not an easy situation to accept."

The seventh round of the series follows already on Wednesday with the second of three races in the space of eight days at Faenza.
Subscription Preferences
Opens in a new Window.