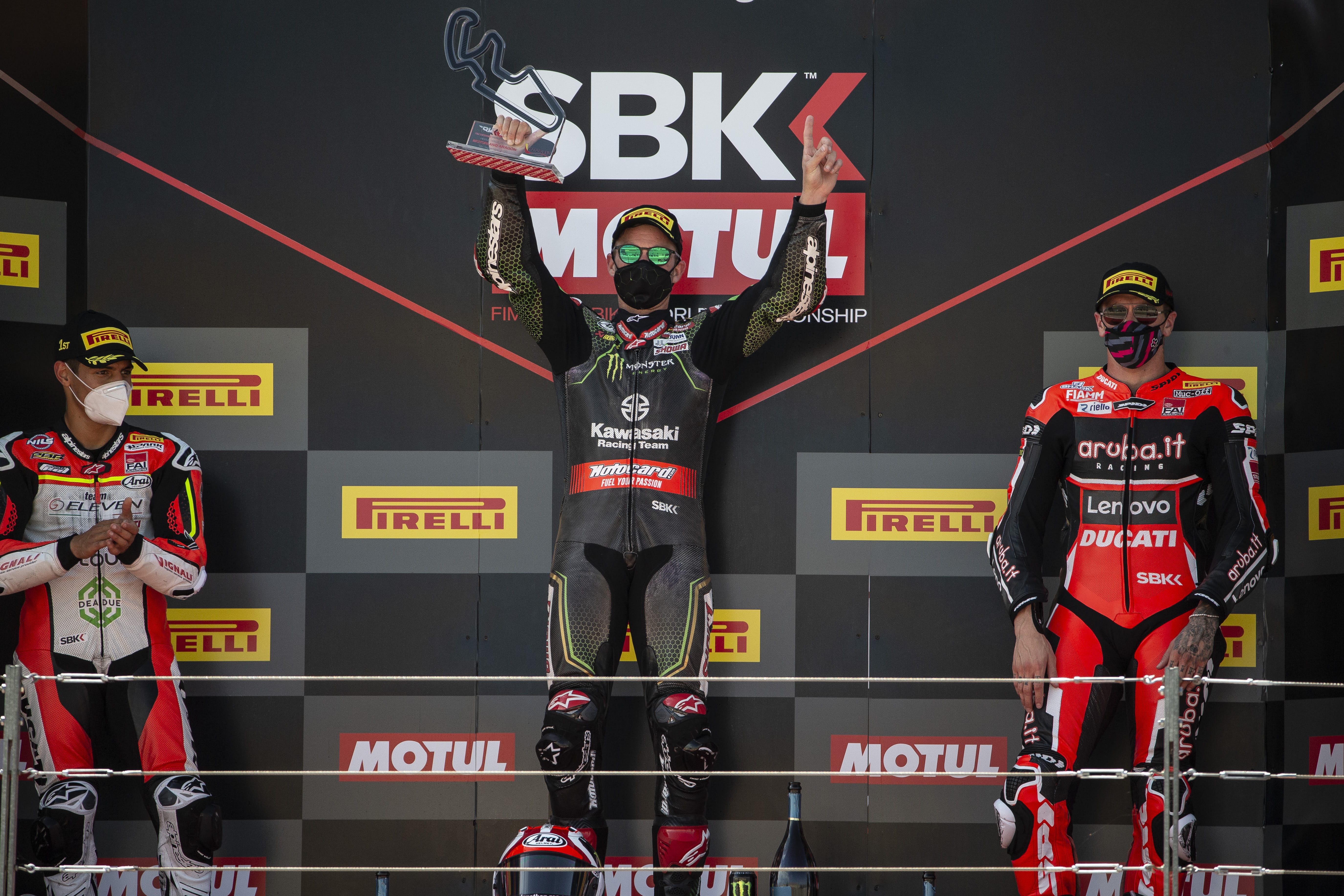 Jonathan Rea (KRT) scored second place in the Tissot-Superpole race today before taking his 96th career race win at the Teruel WorldSBK round in Motorland Aragon - extending his championship lead in the process. Alex Lowes (KRT) continued to ride through illness and posted sixth and then fifth place finishes today.

In the opening ten-lap 'sprint' race Rea took the holeshot and led for much of the first lap, only to be passed by eventual race winner Scott Redding. Rea was finally second in this morning's race, holding off the challenge of Saturday race winner Michael Ruben Rinaldi.

Lowes was a gritty sixth in the Superpole race after setting the fastest lap of the race - all while still suffering from the effects of gastroenteritis.

Race two, run over 18 laps, saw Rea once more opt for a conventional SC0 rear race tyre when most of his rivals went for the SCX super soft. He was second for most of the race, which was led by first Redding and then Rinaldi, but Jonathan took the lead on lap 16 and rode clear to record his eighth race win of the year.

With Redding finishing third Rea now has a 36-point advantage in the championship standings, with three rounds and nine individual races left to run.

With more laps to complete in race two than in the sprint Lowes began to feel the effects of his gastroenteritis to an even greater degree this afternoon. He mustered all his efforts and got a fifth place finish and 11 important championship points as a reward for his good pace and perseverance. Even after such a draining weekend, and being in seventh place overall, Lowes is only 20 points from the third place rider in the championship.

An almost literal home race for the KRT squad is next up in the championship calendar, with Montmelo in Barcelona hosting round six of WorldSBK, between 18 and 20 September.

Jonathan Rea, stated: "We got off to a good start in the Superpole race but when Scott came past quite early it disturbed my rhythm a bit. He set a very good pace. I was strong in the first part of the circuit and although I enjoyed the ten-lap race I realised that today it was going to be second. In race two I realised that instead of managing the race I needed to go through, and then I had a huge 'moment'. I went all in, full gas in that race. You have to ride on 100% but not make any mistakes. It was more a race for me trying to be clean and not making any errors. With the entry speed I could carry and the stopping performance from the Ninja ZX-10RR – also how we kept the tyre until the end – I felt like we had a better package."

Alex Lowes, stated: "I have struggled all weekend but I did not complain too much on Friday and just tried to be positive. Since Tuesday morning I have been unable to keep food inside so it was a tough weekend. The set-up changes we made on the bike were good today and allowed me to have some decent results. I could not do any more and I was quite proud of my efforts. I was a shame not to be able to use our potential a bit more. Even this morning, in the short ten-lap race, I was able to go from seventh to near the front but I just didn't have the energy to keep going."