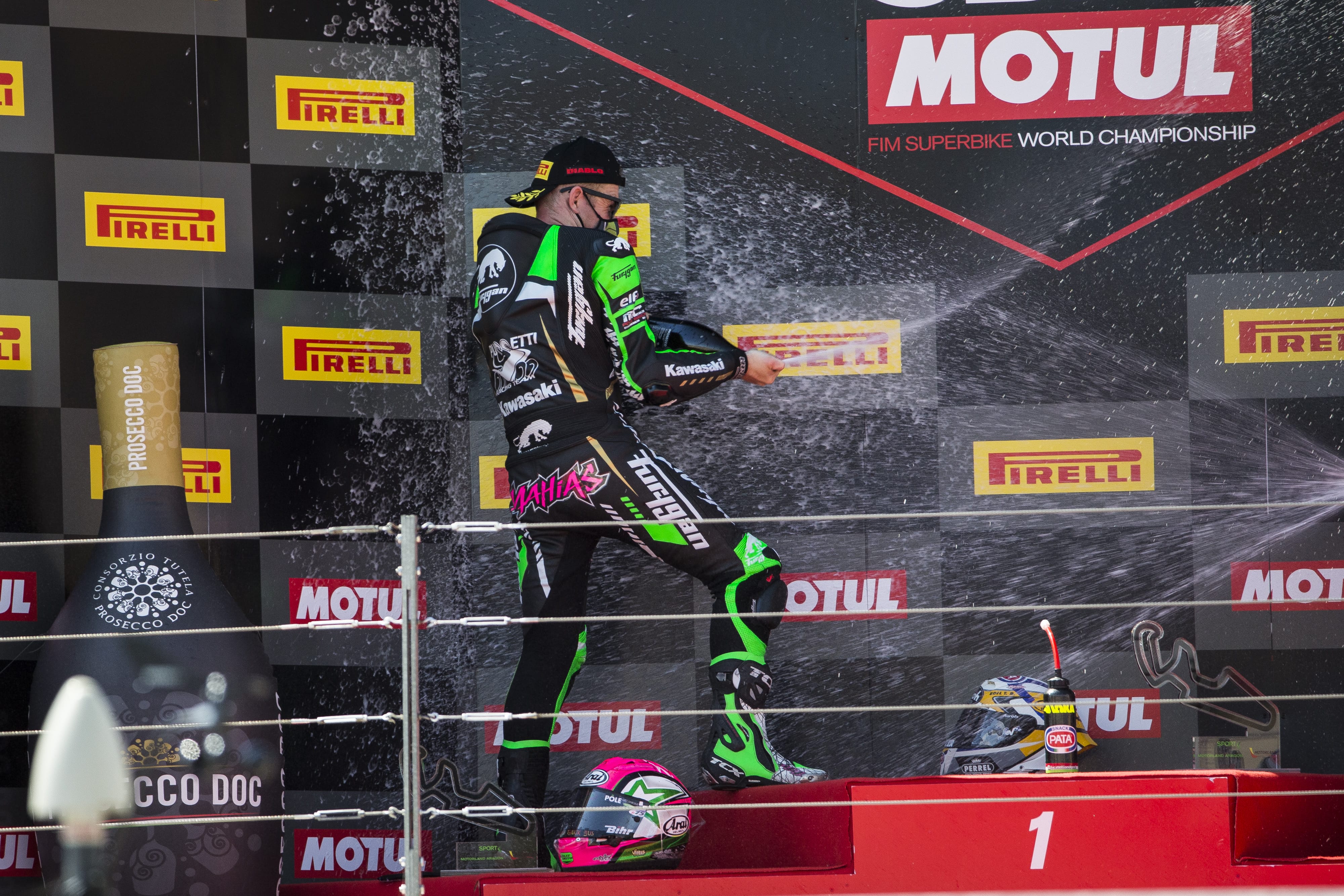 The final 15-lap WorldSSP race at the Teruel round of the WorldSSP championship saw Kawasaki Puccetti Racing runner Lucas Mahias ride in the shadow of the eventual race winner for long periods and take a final second place finish. Philipp Öttl (Kawasaki Puccetti Racing) was on course for third place but just lost out in a drag race to the line to finish fourth.

Second equaled Mahias' best individual result of the year and gave him his third podium of the 2020 season. An early crash had seen the two leaders at that stage ruled out of the running, allowing Lucas and Locatelli to make a gap to the rest of the pack.

It was an eventually lonely race for Mahias with Locatelli in a clear lead and the other podium hopefuls far enough behind Lucas for him to keep his hard-earned second place.

With better settings on his machine for today's race Philipp was all set to secure third place but he was drawn back into the off podium fight, having to try and make some clear ground again before the end. Only Isaac Vinales could keep his ultimate pace and he was to finish just 0.032 seconds ahead of Phillip after 15 intense laps of the 5.077km long Motorland circuit.

After round five Lucas is still third in the championship and Philipp fourth. In the overall points standings Andrea Locatelli has 225, Cluzel 146, Mahias 119 and Öttl 100.

The next round will take place at a new venue for the championship, Montmelo in Barcelona, between September 18-20.

Lucas Mahias, stated: "There was a crash in front of me and I gained some places but I think at the beginning I already had the pace for this group. After the crash I tried to stay with Locatelli because I could not keep that pace alone and I really pushed for six or seven laps. But it was not possible to ride for all 15 laps in this condition. One time I would lose the front, then lose two tenths. If I lost three tenths in one lap it was impossible to come back to Andrea. I realized I had a big gap back to the riders behind and I thought 'OK, second is a good position for the team' because we have been off the podium recently while they have been working very hard all the time. I reduced the pace and finishing second. That is a good position for me too as sometimes we have to push hard for fourth or fifth position. Today was a little bit more comfortable at the end."

Philipp Öttl, stated: "We had a good race and the bike set-up felt a little better than yesterday. In the end the only thing which I did not like was losing the podium in the last corner. I made one mistake and I could not select fourth gear immediately, which cost me a little bit of speed going out of the corner. I was already alongside Vinales but it was my mistake. We were fighting for third all race long so I am unhappy that we are not on the podium."

Manuel Gonzalez (Kawasaki ParkinGO Team) finished eighth today after an epic midfield battle, while Can Öncü (Turkish Puccetti Racing) retired from the race. In the overall standings Manuel is ninth, on 71 points, Can 13th on 30.