Fourth For Mahias In Aragon

Fourth For Mahias In Aragon photo 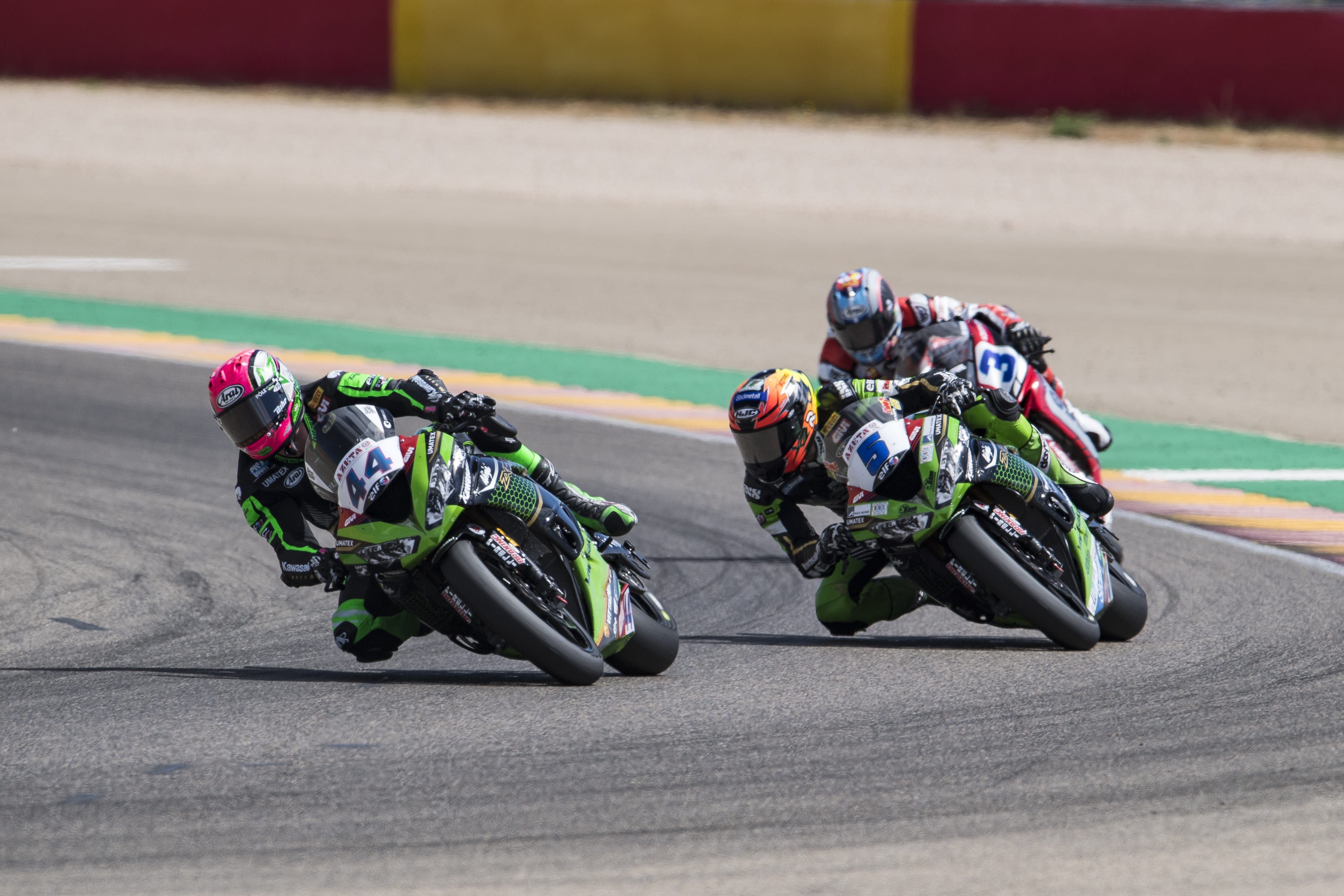 A strong ride from Mahias saw him push into the podium places for most of the duration of the race, but finally have to give ground in certain areas of the track. He finished a determined fourth, less than three seconds from the race winner Andrea Locatelli.

After his podium ride yesterday Philipp was out for another top three prize but he was also passed late in the race. When he realized he could not get back into podium contention he brought his bike home in fifth place.

With Lucas still third overall Philipp moved up one position in the championship fight after his two strong points scores.

In the championship standings Andrea Locatelli has 175 points, Jules Cluzel 130, Mahias 86 and Öttl 76.

The next race weekend – the Teruel Round - will take place at Motorland Aragon again, between September 4 and 6.

Lucas Mahias, stated: "In the races I am pushing on the limit every lap but I think fourth is the best we can do for sure. I do not know where I would be in the race if we had more, the podium for sure, but first or second I do not know. I have race pace to win but it is impossible to come back after the straights. I am not happy with the race because you do not have the podium as a 'present' after a full weekend working well with my crew. Normally the podium can be a reward for all of us. I have the potential for the podium, the team has the potential but for the moment some of the others are on a different level. The good point is that the chassis was perfect for this race today and I am very happy about this."

Philipp Öttl, stated: "Today P5 was the maximum. We tried everything and the race was faster than yesterday because of the cooler conditions. It was not a big drama. We were fighting for second place but it was not possible today and I had to settle for fifth. In the beginning the front running pace was quite high and Lucas did a great job to stay with them. The team also did a great job this weekend, we did nothing bad, and the bike set-up was good for the races. Now we will analyze things a bit, not too much, and have a few days of rest before the next race here."

Manuel Gonzalez (Kawasaki ParkinGO Team) placed tenth today, and Can Öncü (Turkish Puccetti Racing) 13th. In the championship Manuel is ninth and Can is 12th.