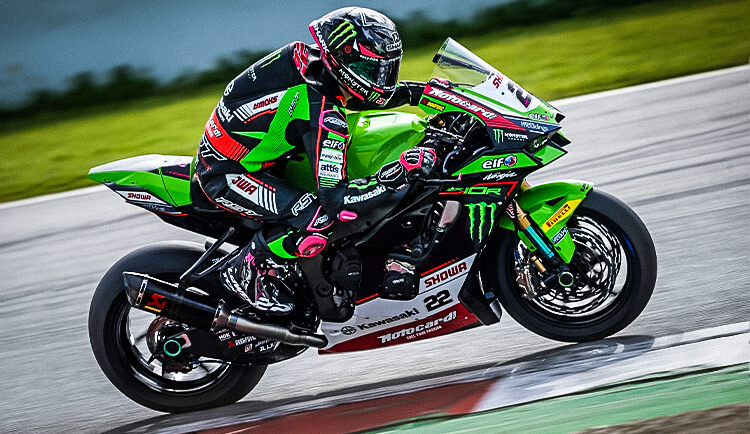 Having won six Superbike championships in the last seven racing seasons, the Kawasaki Racing Team (KRT) is eager to return to its rightful place at the top step of the podium during the 2022 FIM Superbike World Championship (WorldSBK) while competing aboard the Ninja® ZX™-10RR. During the 2021 season, the team earned 35 podiums, 8 pole positions and 13 race wins. Six-time WorldSBK champion Jonathan Rea reminded the class why he's the defending champion by racing his Ninja ZX-10RR motorcycle to 13 race wins and 30 total podium finishes. Stablemate Alex Lowes, a former winner and multi-time WorldSBK podium finisher as well as three-time Suzuka 8 Hour winner, earned his 29th career WorldSBK podium and was again a podium threat every time the British-born rider lined up to race. Look for the Kawasaki Racing Team to grace the WorldSBK podium at every round in 2022.

Please note: The links in this area will let you leave Kawasaki Motors Corp., U.S.A.'s site. The linked sites are not under the control of KMC and KMC is not responsible for the contents of any linked site or any link contained in a linked site, or any changes or updates to such sites. Kawasaki is not responsible for webcasting or any other form of transmission received from any linked site. KMC is providing these links to you only as a convenience and the inclusion of any link does not imply endorsement by KMC of the site.