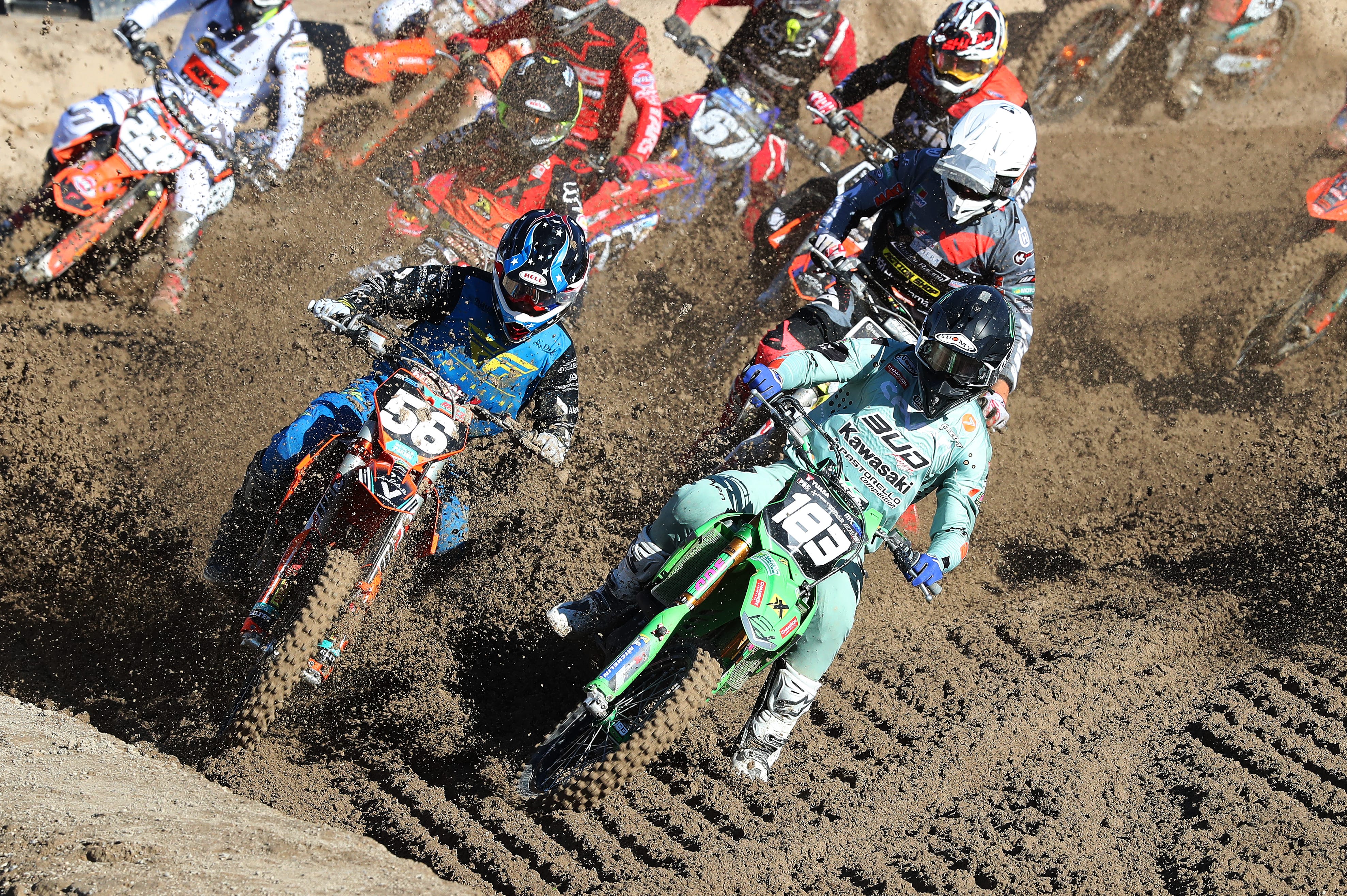 Falls cost BUD Racing Kawasaki a podium result in the seventh round of the FIM European EMX250 Motocross Championship at Mantova but Lorenzo Locurcio took a third-placed moto finish.

Overnight rain made the start even more important than usual and Locurcio found himself buried in the pack on the opening lap of race one. After quickly advancing to eighth a collision with another rider on lap three of fourteen cost him nearly a quarter of a minute and ten places but the Venezuelan quickly regrouped to finish fourteenth. The track had dried admirably in autumnal sunshine for race two and the tall South American grabbed his best start of the season to hold down a challenging second place for eight minutes; unfortunately the front wheel slipped away as he sought a passing move for the lead but, remounting in fifth position, he again charged hard to take a moto podium finish, taking over third place with a strong outside pass three laps from the close. Seventh overall on the day Lorenzo has now also advanced to that same position in the championship standings.

Lorenzo Locurcio: "First race I got a really bad start and it's tough to pass out there. I was already eighth mid-moto but I got taken out and dropped to eighteenth before coming back to fourteenth. The second moto I got a great start in second; I was trying to find lines to pass for the lead but I went down and had to come again. I got third place with three laps to go for another moto podium. It's just a pity about the first race; it could have been another good one."

Pierre Goupillon also had a fine ride on the leader board in the opening moto to push forward up the leader board to sixth but an incident at the entry to turn two when another rider crashed in his path ruined his second moto. He recovered strongly from thirty-third to seventeenth within ten minutes before crashing in the waves; he suffered no broken bones but was forced to retire with a painful shoulder.

Pierre Goupillon: "The timed practice session wasn't an easy one; there was many riders on-track and the track was strange due to the rain. My first start was decent in the top fifteen and I had good speed to come back to sixth; I was pretty happy with my riding. My second start was even better, but before the second corner there was a big pile-up; I was involved in it when the guy in front of me crashed. I came back to seventeenth but in the waves section I hit a neutral and had a big crash; nothing is broken but my shoulder was so painful that I had to retire."
Subscription Preferences
Opens in a new Window.