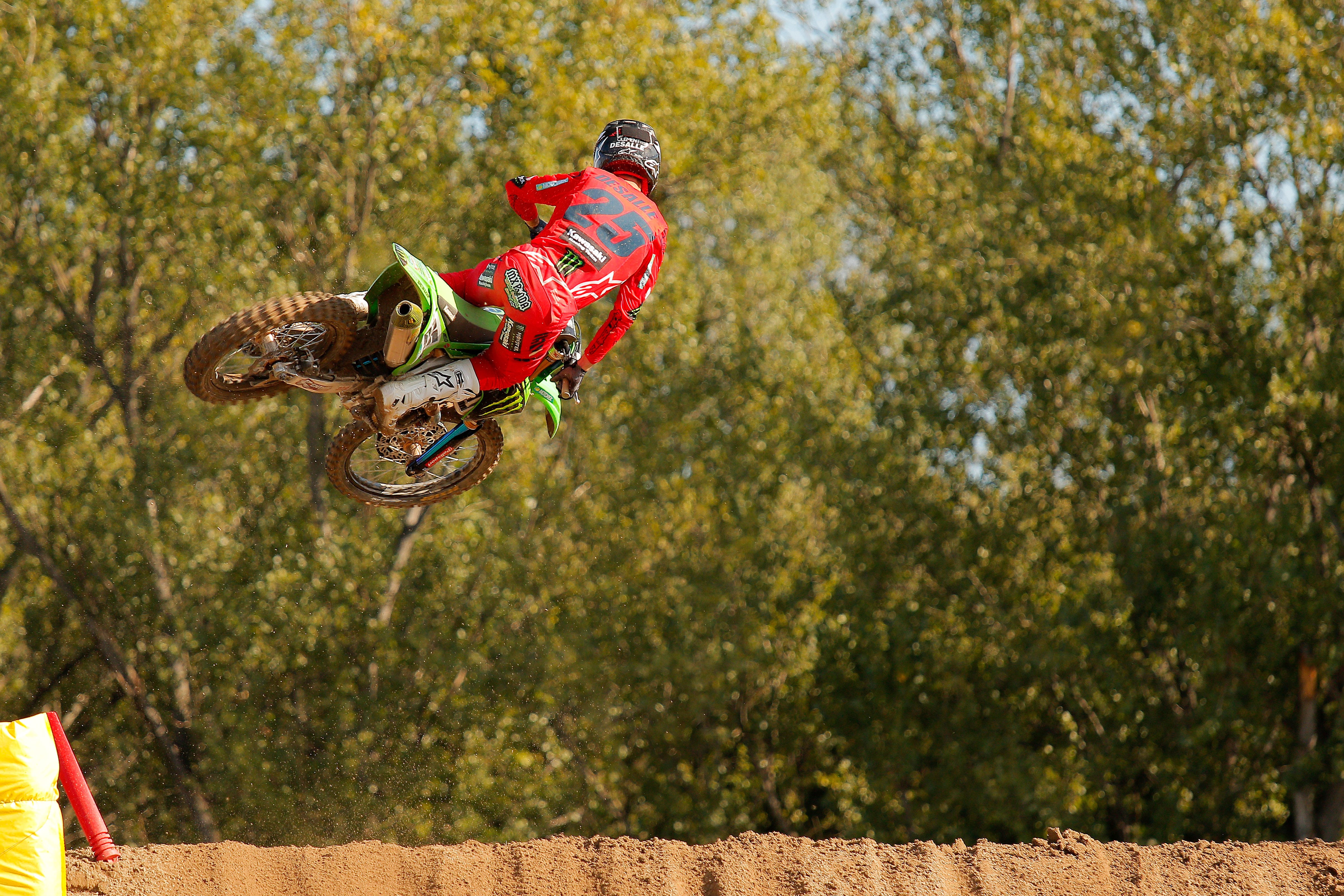 Monster Energy Kawasaki Racing Team's Clement Desalle returned to the leader board with two solid rides for fifth overall in the ninth round of the FIM World MXGP Motocross Championship at Mantova.

The Belgian confirmed his recovery progress from recent injuries by qualifying just over a second shy of pole; he soon established himself in a secure seventh place in the first moto and was looking to advance further up the leader board until losing two positions on lap five when the rear end stepped out in a heavily-watered turn. Unruffled by the incident he immediately set about reversing the setback and within three laps had regained seventh place, a position he held to the checkered flag. Denied a clear run through turn one at the start of race two Clement again showed character to recover to eleventh by the end of lap one and made four further strong passes mid-moto to again finish seventh. The combined results earned him fifth overall and he remains tenth in the series standings.

Clement Desalle: "Not a bad weekend for me with fifth overall! My starts were average but in the first moto I made some good early passes; then I lost two positions due to a mistake but I passed a few guys again to finish seventh. I changed my strategy for the second start but that was not such a good idea; I was eleventh, came back seventh and finally was classified fifth overall. The most important aspect of the weekend is that I'm happy with my riding; I have no more pain in my back and the feeling is better so that promises well for the upcoming races."

Romain Febvre, fourth in Qualifying, was one of the victims of a ragged start at the north Italian track in the first moto as another rider failed to keep his line and he found himself way down in nineteenth position on the opening lap. There was little movement in the high-speed train for many laps though the skillful Frenchman, with his keen eye for alternative lines, advanced to fourteenth within two laps and had broken into the top ten by the finish despite the intense difficulty encountered by all riders in making a pass stick. A stunning start in race two saw him secure second place with an outside run at turn two and time-and-again throughout the first five laps he edged alongside the leader using creative lines, only to be frustratingly denied a pass by the rude defensive tactics of the leader. These moves eventually left the Kawasaki rider open to an attack from behind and he was pushed down to third place on lap six. Encountering stiff resistance to the end Romain took the checkered flag in third place before he was penalized two places, as was his rival, for an infringement of flag signal rules when he inadvertently followed the example of the rider ahead of him. Sixth overall on the day, he remains eighth in the point standings.

Romain Febvre: "It was a tough GP for me. At the start of the first race another rider changed his line so my start was not good at all! I was in the pack and came back through to tenth; it could have been better but I could never find a spot to pass Gajser even though I was much faster than him. My second start was really good; I was in second position and tried everywhere to pass Prado but once more it was so difficult to make a pass stick and finally Gajser got me. I finished third but lost two positions due to a yellow flag."

The championship continues on Wednesday and again next Sunday with two further rounds at Mantova.
Subscription Preferences
Opens in a new Window.